To better examine the important question of how humans can exist on this planet with one another and nonhuman animals, it is necessary first to establish the significance of the concepts it embraces: the evolution of humans on this planet and their coexistence with nature as well as their relationship with each other.

When you read most religious texts, humans are placed at the centre of the universe, able to dominate others and thereby satisfy their basic needs. For aeons, humans have taken advantage and abused this privilege without consideration of the impact. As human population growth became rampant and people wanted to accumulate wealth and benefits, technological exploitation of the planet took place on a massive scale. As a consequence, the planet has found itself seriously damaged, which has led to serious global consequences such as melting of polar ice caps, climate change, and intensification of natural disasters, including hurricanes, droughts, and floods. Like a boomerang effect, thousands of human lives have been lost as a result of human-induced natural disasters.

Nature and all biodiversity—both plant and animal—have paid a huge cost for human stupidity and competitiveness. As though pushed by a suicidal instinct, humans have continued to cause the extinction of thousands of animal and plant species, despite depending on nature for our very survival. Humanity has led to the disappearance of many large mammals, and many others, such as mountain gorillas, survive only in very small numbers.

It seems as though the destruction of the planet and nature wasn’t enough for people, however. Human intransigence has led to wars, genocides, and large-scale killings. The intensity and frequency of such examples of human intolerance are only increasing over time, exacerbated by technological advances that make killing more efficient. The wars and genocides in the twentieth century have been without precedent in our history. But the worst types of intolerance, and ones that lead to innumerable devastations, are systemic: sectarianism of all kinds, including racism, extremism and religious intolerance, the marginalization of behaviours “judged” as social deviancies, and others.

Slowly but surely, however, some of humanity has lifted itself to wake up the rest of the world and to highlight our responsibilities towards the planet, to Mother Nature, and to humans themselves. The voice of civil society is becoming more audible, and the list of just causes for which people are fighting is becoming longer. Effectively, civil society has become the cantor, raising the clarion call for the planet and a protected, nurtured nature, that can lead to peaceful coexistence between and amongst humans and the rest of nature. Despite the financial and political barriers opposing them, the movements and environmental and social justice lobbies at the heart of society are increasing, putting significant pressure on political powers, as well as financial investors. The magnitude of people fighting for alternatives to globalization—and a more open, accepting, and socially just society—is only growing.

It will take time, and require the sensitization of citizens of the world so that they not only understand the stakes involved for a coexistence between/amongst humans and nature, but also a readiness to enter the arena with the politicians and financiers to ensure that the right decisions are taken by people who understand the weight of the responsibilities that they carry. ▅ 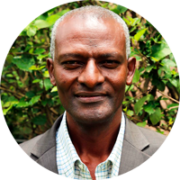