Improving Our Strategies
in the “New Normal”

Improving
Our Strategies
in the
“New Normal”

Fifty years of social struggle have taken place in Latin America: from the fight to decriminalize homosexuality in the 1970s, to the feminist movement, the environmental awareness in the 1980s, the fight against HIV, and the indigenous Zapatista movement in the 1990s. All of these struggles awoke society to the fight against discrimination and racism. Constitutional victories against discrimination1 in some countries have been substantive achievements, as in Argentina, Bolivia, Mexico, and Costa Rica, among others. Moreover, since 2010, we have seen substantial advancement in terms of public policy for vulnerable groups such as indigenous communities, women, sexually and gender-diverse people, people with disabilities, and people of African descent.

However, in the last 20 years, fundamentalist movements, anti-rights groups, some orthodox religions, organized crime, stagnating economies, right-wing policies that use force to control social unrest, neoliberal economic models, the accelerated deterioration of the environment, and other societal forces have generated unfavorable climates for forward movement in these fights. Instead, these causes are constantly at risk of moving backward.

In addition, climate change is creating profound changes and exacerbating competition for natural resources while inhibiting recognition of the environment as belonging to everyone. As natural resources are concentrated in the hands of the few, selfish and unilateral decision making has created great social, environmental, and cultural divisions that we cannot neglect to recognize in these fateful times.

All of this has been made worse by the global health crisis resulting from COVID-19, which has impacted economic, social, and cultural life everywhere and exacerbated structural problems such as inequality, poverty, injustice, discrimination, and phobias, which we have been unable to address or resolve.

So then, where do we go from here? How do we prepare ourselves for what they are calling the new normal? What is normal? It is clear that these events and our historical ways of doing things are not easy to reconcile. However, these are the moments to rethink, to imagine, and to dream of new ways of looking at things. We have to live in the world of today.

In these times, our priorities revolve around the response to the health emergency. Clearly, it’s imperative to mitigate the impact of COVID-19—without a doubt. However, this response isn’t, and shouldn’t be, mechanical, where the chain of command continues to uphold a formal, unilateral hierarchy of authority in which each person is controlled and supervised by only one superior. On the contrary, the response must be thought of organically, where decisions are not centralized, but rather consultative and shared. And only then, from this organic viewpoint, can we establish our logical determinant: the deliberate and unconditional protection of human rights. This must be the conducting framework of society and activists.

The new narrative, of the world belonging to the elite, puts us face-to-face with COVID-19 and focuses the priorities for our government, cooperatives, foundations, or private initiatives on it solely. Our activism already tells the story of gaining access to resources and rights through fights, resistance, and a toughened skin from the historic gaps that we have experienced in terms of access. Following that proven path is my first suggestion since it will not only allow us to address the current prevailing health situation, but also give us the opportunity to insist on global change of social constructs and to fix problems of job acquisition, courts of law, education, political participation and the enjoyment of a sustainable environment for everyone.

For an Active Intersectionality

In 1989, our African American sister Kimberlé Crenshaw was already calling on us to think about the interaction and intersection of the two distinct systems of oppression, as well as the consequences of machismo—the patriarchy over the human rights of women. It is clear that her contributions allowed us to identify the many conditions and realities of our communities, and how to take them into account to meet their needs.

However, we need to go a step further in light of multiple emergencies. It is urgent to consider intersectionality beyond the characterization of various conditions that have left us vulnerable to hate speech and acts of oppression. We need a dialogue on actions and processes of intersectionality among different communities, placing our differences and rich diversity at the center of the new social contract of social coexistence, so that, just as the Arcus Foundation’s mission states, human beings can coexist in harmony with one another and the natural world.

In practical terms, we need to facilitate meetings, dialogues, and methodologies for logical processes to take place between the masses and the LGBTTTI movement; between feminists and the religious; the indigenous communities and people with disabilities; the migrants and the unions; the environmentalists and private industry; and the mothers of the disappeared and Afro-descendants. What will this achieve?

Simply but significantly, by narrowing the gaps, we can get to know each other, become closer, and shed our personal and collective fears. The mix of intersecting dialogues can be wide and varied, but above all else, it puts in place a new social contract: the protection of our human rights in an active, intersectional way. It is a social contract, not to act as a straitjacket, but with clear rules, respectful of our differences–a true recognition of one another. It is challenging, without a doubt, of course it is, but it is well worth it in order to expand our horizons toward a renewed era of inclusion beyond talk and good intentions.

Finally, I would like to call attention to the fact that we need to increasingly reevaluate actions from the local, community level, since that is where real, everyday social change will take place. The COVID-19 pandemic is effectively requiring us to adapt individually and as local organizations.

Technology offers a great opportunity to disseminate our messages and work, but this must be done by local communities in a culturally relevant manner, from their own perspectives, parameters, and voices.

Technology offers a great opportunity to disseminate our messages and work, but this must be done by local communities in a culturally relevant manner, from their own perspectives, parameters, and voices.

Access to connectivity during the health emergency is one of the most urgent things to resolve. Lockdowns and social distancing pose challenges to the continuance of being an activist. The fight against discrimination and the documentation and classification of violence inflicted on LGBTTTI people and others cannot be paused. We must continue to train and empower our leaders from a distance. Technology offers a great opportunity to disseminate our messages and work, but this must be done by local communities in a culturally relevant manner, from their own perspectives, parameters, and voices.

This approach has already been taken with our project in the muxe2 community in the Istmo de Tehuantepec region of Oaxaca, Mexico. The project looks for ways to encourage social inclusion while preventing violence and has been implemented in seven municipalities in the region. In the face of this health emergency, we had to adapt how our project operates without losing sight of the objectives presented to the Arcus Foundation, which is financing this project. The biggest challenge has been communication and carrying out our work remotely. We found that 90 percent of muxe leaders lack access to a home computer that would allow them to complete their work and responsibilities. The majority went to cyber cafes in order to complete various tasks.

Today, thanks to the Arcus Foundation’s intersectional and sensitive approach to the current reality, 11 indigenous muxe leaders now have access to an electronic device, reducing the risk of contracting COVID-19 in public spaces. Most importantly, it increases the potential for them to complete their work and responsibilities at a level that will realize our stated objectives. Experiences like this should be more common in local communities where resources are not always available to address the issue of connectivity. These strategies teach us how quickly we are able to adapt to the “new normal” in our creative response to the global health emergency. ▅

1 https://www.obserdiscriminacion.gob.ar/wp-content/uploads/2009/07/ley-23592.pdf
https://cimacnoticias.com.mx/noticia/aprueban-en-mexico-ley-contra-la-discriminacion/
https://www.nacion.com/opinion/editorial/ley-contra-la-discriminacion/IJIPYUBKH5G5PMCZNLHTGKDVS4/story/
https://noracismo.gob.bo/index.php/leyes-y-normativas/122-ley-n-045-contra-el-racismo-y-toda-forma-de-discriminacion?fbclid=IwAR0lykciLDagpqH1PRKMh1MYSIrxoar89XyvlhxHF9OaBblEmKRLndk0KjQ
2 Muxe is a category of gender identity unique to the Zapotec culture of Istmo de Tehuantepec, Oaxaca, Mexico. It is similar to the Hijras of India, Fa´afafine of Samoa, and the Omeguis of Pueblo Cuna, Panama. 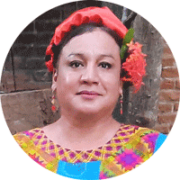