What does it mean to “exist with”? In recent months, as COVID-19 has torn through the planet, two images from my research have kept surfacing in my mind’s eye.

First: a dead palm civet, almost-warm and slightly bloody, lying on the porch of a house in the hills of rural Malaysian Borneo. Sitting by it were my fieldwork acquaintances, members of a small indigenous community with whom I’ve worked since 2003: the grandmother preparing betel nut packages, her husband and two male relatives sharpening their machetes and lighting a wood fire to singe off the animal’s fur, the two-year-old granddaughter still in her pink pyjamas, watching everything intently. The men had just returned from a successful night’s hunting, and were now dividing their catch in the rising light.

Civets were originally held responsible for the zoonotic transmission of SARS (2003), just as pangolins—also hunted by my acquaintances—have recently been blamed for passing SARS-CoV-2 to humans. Their implication in these outbreaks has fuelled international criticism of “exotic” wildlife consumption habits and renewed calls for a ban on wildlife markets. But to my acquaintances, civets and pangolins are just two of the many forest creatures that they regularly hunt and consume. Living in the hills means existing with a multitude of plants, landscape features, and nonhuman animals—some of which, endangered (pangolins) or otherwise (civets), may end up on your plate.

The second image is from television footage of a middle-aged woman in a village in Indonesian Borneo clinging to her pet baby orangutan, which she is about to surrender to the authorities and an orangutan rescue team. The young ape clings tightly to her as she strokes his head, explaining weepily to the television reporter how she’d brought him up as her own child, even letting him sleep with her in bed. As she hands him over, her grief is palpable—as is his unwillingness to be parted from her. Pet-keeping is one of several ground-level drivers of orangutan population decline in Borneo. Some owners are powerful elites. But many are ordinary people who feel genuine affection for their pets, and who sometimes wonder why their orangutans should become the pets of rehabilitation centres—and worse, later released into dangerous forests to fend for themselves. Their concerns, however, are not often heard by faraway conservation donors or orangutan supporters, for whom such pet-keeping can only be an abhorrent form of coexistence, a cruel suppression of these apes’ inherent wildness.

To work out how humans and nonhumans can exist with and thrive alongside each other, then, we must first acknowledge the importance of socio-cultural difference.

To work out how humans and nonhumans can exist with and thrive alongside each other, then, we must first acknowledge the importance of socio-cultural difference.

Both wildlife consumption and orangutan pet-keeping remind us that coexisting is hard work. Much as we’d like to imagine a world in which everything coexists and thrives in peace and harmony, reality is far messier than that. As global debates about how to cope with the perplexing new SARS-CoV-2 virus—eradication? containment? herd immunity? denial?—have shown, “existing with” can take many different forms and definitions. Not all of these sit comfortably with each other. How do we square the rights of indigenous people to hunt, consume, or sell wildlife with the need to save endangered species and avoid future pandemics? What happens when cross-species’ love and care—which, after all, conservationists try to inculcate among their local stakeholders—challenge long-held conservation ideals and models?

To work out how humans and nonhumans can exist with and thrive alongside each other, then, we must first acknowledge the importance of sociocultural difference. Conservation has historically been built around a (philosophical Western) division between “Nature” and “Culture,” and a desire to save the first from the second. But this division is not universally recognised. Many other people, such as indigenous Borneans, don’t carve up the world in this way, much less feel the need to save one from the other. For my acquaintances, the forest is inherently social: a place filled with memories, genealogies, rights, and relations. Nonhuman beings, from animals to spirits, are part of this social world, able to exist with humans in many different ways—including as prey and as pets.

Conservation interventions generally try to suppress or change problematic local behaviours—to make them fit what are fundamentally Western ideals about human-nature coexistence. But what if we turn things on their head, and ask how conservation ideals and approaches can be reworked to fit their local contexts? How, that is, can conservation do a better job of existing with different cultural and moral realities? This doesn’t mean simply cherry-picking “acceptable” and “not acceptable” differences. Rather, it means acknowledging and working through these differences—without shying away from concessions, compromises, and risks. It means acknowledging that “existing with” is an open-ended question, not something that can be predefined or set in stone.

But for conservation to exist equitably with local values and morals, we need to go a step further. We need to confront continuing legacies of inequality and injustice and the fact that certain programmes of “existing with” have allowed some to thrive at the expense of others. In rural conservation settings, for example, various models of “existing with” seldom exist on an even playing field. Ordinary Bornean villagers have neither the means nor the clout to push back against punitive wildlife protection measures or criticisms by faraway observers. But rather than simply insisting that these villagers are wrong, what can we gain by listening to and learning about the bigger picture: about their particular ways of relating to nonhuman animals, their aspirations and anxieties, as well as the impacts of conservation interventions on their lives? What, that is, can we gain by working through rather than turning away from thorny or discomfiting cases of “existing with”?

As the disproportionate impact of COVID-19 on minority and lower-income communities and the Black Lives Matter protests remind us, “existing with” doesn’t happen by magic. It takes work: an acknowledgement of earlier wrongs, a commitment to redressing inequalities, and a readiness to listen, learn from, and amplify previously silenced voices. To exist well with each other such that each and all can thrive, we thus cannot simply spout platitudes about “diversity” and “coexistence.” Rather, we need to ask serious questions about how to weave equity, inclusivity, and justice into the fabric of our own projects of “existing with”—even if that sometimes means tearing them up and starting afresh. ▅ 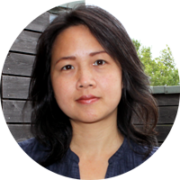