Overcoming Obstacles to
Peace and Respect

It is true that all humans were created to live their lives in peace and prosperity, but circumstances have not always permitted it.

The United Nations was created with the intention to maintain peace and security around the world but has never managed to fully achieve this. In addition, inequality is not absent from the 10 countries that the U.N. has listed as not being in a state of conflict.

Most world leaders are primarily interested in governance that benefits them and their entourages personally and directly. Poor people always remain poor, and the rich just continue to enrich themselves. Justice remains favourable to those who have means; whereas, injustice is heaped on those less powerful.

Given these challenges, the idea that humans can live harmoniously with each other as well as with the natural world remains elusive for a number of different reasons.

● Political Reasons
In most of the world, be it the Americas, Africa, Asia, or Europe, the human population is manipulated by politicians for their personal interest. We have frequently noted during elections that politicians make grand promises to the people (job creation, road building, medical care, and so on), yet once they are elected, they turn their backs on those promises, and the people remain in poverty. In Democratic Republic of Congo, some politicians even urge people during electoral campaigns to attack natural ecosystems and protected areas and destroy forests for agriculture, charcoal production, or timber production, and to hunt and take animals for food. Reprisals against the people for engaging in these illegal activities are then ignored by the politicians, who do nothing to help address their needs.

● Economic Reasons
Extraction of minerals in Africa has led to numerous conflicts and wars, yet these are often orchestrated by people from foreign (Western) countries. These conflicts have led to enormous displacement of people and the deaths of countless thousands. People who have been displaced by war and conflict often face economic and financial ruin. For example, in the DRC between 1994 and 2013, there were numerous waves of war that completely destabilized the country’s economy, rendering it unstable and fragile. It must also be noted that the conflicts didn’t only harm humans, but also rich and important ecosystems. People and nonhuman animals are still traumatized by the many wars they have survived.

● Social Reasons
During war, there is almost no social life to speak of. Displacement of populations leads to a paralysis of commercial and agricultural activities. So, none of the normal human activities can be engaged in, leading to unemployment. Politicians take advantage of these fragile situations to form armed groups, and human populations attack each other, leading to tribal hatred and competition.

● Lack of Spiritual Faith
If people have spiritual faith, they can live in peace and respect each other. In many places, people, including our politicians, are inspired by evil. The strong impose their will on those less powerful and abuse them. This engenders inequalities, tribalism, and hate. But essentially, they don’t respect themselves and each other, and this leads to conflicts with others.

● Pandemics and Health Crises
This coronavirus pandemic has put society all around the world to an abrupt halt. Thousands of people are confined to their homes, with a resulting peak in unemployment and economic downturns.

According to the World Health Organization at the time of this writing, the virus has affected 188 countries out of the 193 recognized by the United Nations, and caused more than 360,000 deaths. Scientists are struggling to find a solution to this crisis facing the world. As apes are also at high risk of infection from COVID-19, park staff tracking the mountain gorillas and chimpanzees are also maintaining distances of between 5 and 50 meters between groups to avoid the risk of transmitting the virus.

Based on the five reasons named above, which are preventing people from living together peacefully and with respect for each other as well as for the nonhuman animals on the planet, I believe:

It is clear that humans can live peacefully and with mutual respect with other humans, as well as with animals, if only people were focused on peace and justice without any form of discrimination. It is important to strictly follow the law with respect to the protection of people but also of nature. Here in Africa (in general) and DRC in particular, humans and nonhuman animals are suffering and dying of nothing more than injustice. Often, people don’t even know the laws and have never been educated about what the law says, or how they can live within the legal structures of their countries. We will realize our goal when the rule of law is observed and respect of justice is established. So, education and equitable justice are preconditions for peace. ▅ 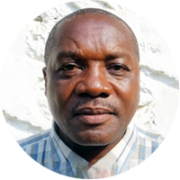