Phobias Old and New in Honduras

Phobias
Old and New
in Honduras

Honduras has become one of the most dangerous and violent countries in Latin America and the world,1 experiencing the highest rate of violent deaths of lesbian, gay, bisexual, transsexual, transgender, transvestite, or intersex (LGBTI) people in the region, according to the 2019 report “Prejudice Knows No Borders.”2

Social injustice; socioeconomic, political, and cultural violence; the hegemony of patriarchal ideology; and fundamentalist religious thought ingrained and legitimized by the public and political sectors seek not only to invalidate differences in thought, sentiments, and actions of LGBTI people, but also to invalidate our lives.

Honduras has a volatile atmosphere of discrimination propagated by high levels of poverty—brought about by the lack of education and healthcare—and hate speech from fundamentalist Christian organizations that feed social stigma. The result is that stigma and discrimination are constant elements in society.

Given this hostile environment, it’s no surprise that covidphobia appeared after the first confirmed cases of the novel coronavirus on March 11, 2020. Since the beginning of the pandemic, Cattrachas has collected evidence allowing us to detect and warn about attacks.

We have continued to report discriminatory acts to the media, national authorities, civil society, and the healthcare union through campaigns, notices, and reports. However, due to delayed action, covidphobia has already reached disturbing levels.

This phenomenon has resulted in groups that are not typically the subject of discrimination becoming a new focus of social stigma. Persecution of COVID-19 patients and their families, as well as nurses, doctors, and laboratory personnel, are becoming increasingly frequent.

Some of the most notorious acts of covidphobia include illegal home evictions, organized groups from the community setting fire to quarantine centers, protests against healthcare workers, and the prevention of dignified burials of coronavirus victims.

At Cattrachas, we believe that covidphobia has already taken root among the Honduran people—the same way that religious fundamentalists sowed homolesbotransphobia in 2004. That year, the LGBTI movement participated politically for the first time, with three organizations winning a petition to obtain legal entity status.

Religious fundamentalists as well as conservative lawmakers publicly opposed this move and pressed for an annulment of the decision. While the legal recognition was not revoked, Congress, in response, approved constitutional reforms that have since prohibited marriage equality and adoption.

As LGBTI persons, we must act immediately to prevent patriarchal, exploitative, and fundamentalist forces from moving closer to maintaining control over our lives, bodies, thoughts, and understandings. Particularly, we must be vigilant against growing control by the public sector.

For years, LGBTI people have been persecuted by the Social Coexistence Law (Ley de Convivencia Social), which allows the police to detain at will people who do not conform to their personal definitions of “moral” or “well-behaved.”

The fear brought about by COVID-19 has empowered anyone to exert “moral” control.

The fear brought about by COVID-19 has empowered anyone to exert “moral” control.

This law has been applied at hundreds of police checkpoints during the curfew, which has continued since March 16, 2020. However, the right to exert such “vigilance” has been extended beyond law-enforcement officers.

The fear brought about by COVID-19 has empowered anyone to exert “moral” control. This had led to the obstruction of access to healthcare and to physical—even lethal—violence. These acts are considered socially “appropriate” and “justifiable” to protect communities against the virus and safeguard the “common good.”

Changes in employment practices among LGBTI people have arisen amid these new displays of violence, discrimination, and social control.

Throughout the mandatory quarantine and the suspension of some constitutional rights, Cattrachas has not observed a notable difference based on sexual orientation or gender identity with respect to the impact of the pandemic on LGBTI sex workers compared to ciswoman sex workers.

However, we have confirmed that some sex workers have contacted clients on social media and have had virtual sex in order to reduce the negative economic impact of social confinement, receiving payment for their services through mobile phone apps.

This practice has the added benefit of providing services without the risks on the street that have historically affected trans women, including murders, extrajudicial killings, robberies, arbitrary imprisonment, and extortion, among other atrocities. For example, our LGBTI Violent Deaths Observatory has not registered any instances of such events in the last three months of confinement.

However, the insecure environment has led to new forms of violence with the appearance of cyber-pimps, including defamation of character, libel, and slander against trans women in order to reduce competition, and could lead to cases of sexual exploitation via webcams and personal attacks, especially directed at implants or faces. Furthermore, we have found that LGBTI sex workers lack an understanding of the permanence of their personal information and sexual imagery online.

Having a clear understanding of the current situation gives us the opportunity to get in front of the problem and mitigate harm to victims by providing legal counsel, strategic litigation, protective measures in virtual environments, and campaigns against social stigma in order to cope with the historical discrimination against LGBTI people, particularly in the context of COVID-19 and covidphobia. Furthermore, we understand how discrimination works as it has affected our lives and intruded on our bodies.

It is possible that the Honduran people will, at last, understand that the stigma against LGBTI people must be eradicated. We are at the perfect juncture to show that LGBTI people are active citizens, contribute to society, defend the rights of those most vulnerable, and, as activists, protect and empathize with anyone who faces discrimination. Covidphobia is more contagious than the coronavirus; it is just as hurtful as homolesbotransphobia; and it is our duty to fight against any form of discrimination.

Past, present, and future—our story can be different. Our observations allow us to analyze continuous patterns for prevention, while changing these patterns allows us to address the situation and act accordingly. ▅ 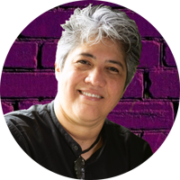